I have seen the reviews online, seen some video’s on YouTube but never been to the show until today. I was so excited!! Let me try to explain what I have seen and what the show is about.

Not a traditional, story-driven production, Fuerza Bruta (Brute Force) is a completely non-verbal performance that uses music, dance and acrobatics. The show combines segments that trigger a whole range of emotions, from desperation to triumph to pure joy. There’s a wee bit of plot, in a running theme involving a guy in a suit who faces harsh winds, flying objects and brick walls while chasing after something. Or maybe he’s being chased. Fuerza Bruta doesn’t sweat those kinds of details. It just wants to rock your world with an overload of sight, sound and motion. 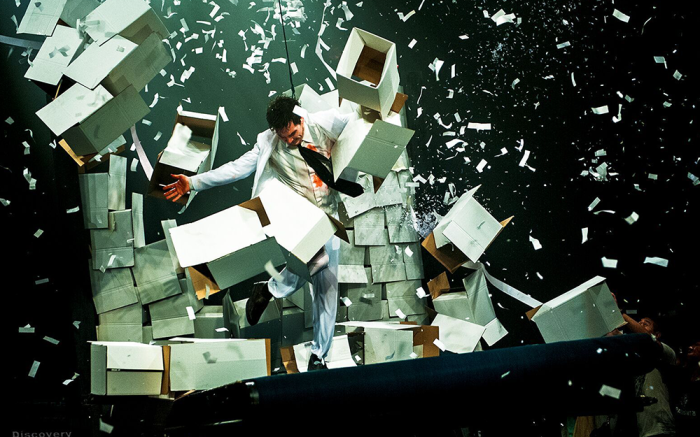 With its incredible spectacle and astonishing energy, Fuerzabruta blows its audience away. Fuerza Bruta is a difficult show to categorise. Part circus, part interactive art gallery and part nightclub, this show subverts all expectations and creates a genre of its own. Confronted by everything except a traditional performance, this show pushes the spectator outside of their comfort zone and questions all of the conventions of theatre. Audience members will find themselves standing up, moving around and looking in every direction to see the incredible acts. At one point of the show you are spinning around to follow two performers running and tumbling around the high surrounding wall. In another, you are enclosed by a transparent pool that has been lowered from the ceiling and are shown beautiful live artworks created by human shapes, stunning lights and moving water. Then suddenly at the command of a DJ, you drop to the ground and wait to jump up and dance to electronic music. To put it simply: you have never seen a show quite like this one.

Putting all the spectacles aside one of the most incredible aspects of Fuerza Bruta is how it can feel so foreign and yet still be so universal. The show manages to be both Argentine and international, and you only need to look at the loads of reviews to see that it has struck people all over the world. 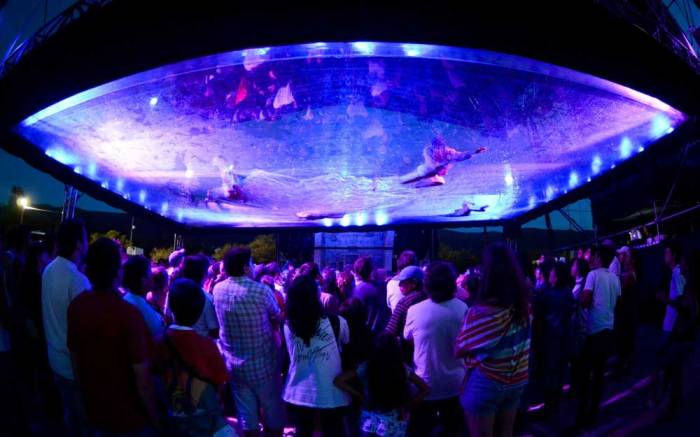 The electronic and energetic music has a vibrant South American twist. This is further enhanced by the radiant energy that comes from the acrobatic performers and makes the venue feel like a raving festival in Buenos Aires. One of the acts even includes an extraordinary Murga dance that invites the whole audience to dance along. All of these elements unite together to a rich South America quality. The show feels like it could not have been made anywhere else in the world.

Everyone loves the show Fuerza Bruta. Celebrity’s all over the world have reported to love the show. In 2012 Usher used the show of Fuerza Bruta in his music clip Scream.
If you have the chance to see the show I could only say: GO!! 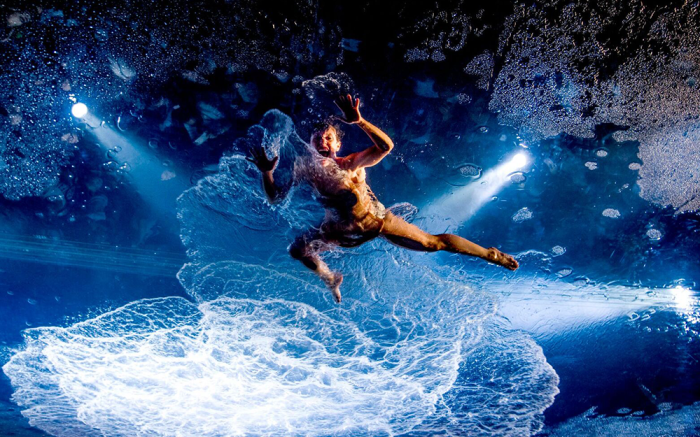 9 thoughts on “Fuerza Bruta! A show like no other!”